The Artist of the Month for April is Kalup Linzy, selected by Lisa Anastos. His print, You Say You the Diva? (2010) is an archival frame enlargement from his Labisha's Bonus Track.

Kalup popped up in 2003 through a group show, All Together Now, curated by artist Derrick Adams for the Rush Arts Gallery. Since then, Kalup's live performances and videos have circulated through galleries and institutions worldwide, beginning in 2005 with two shows at the Studio Museum in Harlem, curated/co-curated by Thelma Golden, and at P.S.1 - where he is now queen of the quintennial Greater New York 2010. 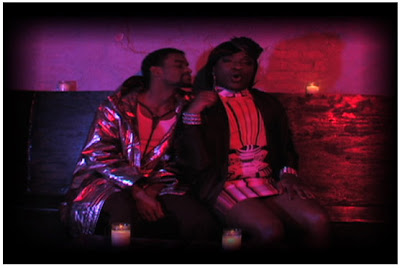 MB: Who is Labisha and what is Labisha's Bonus Track?

KL: Labisha is a fictitious character I created in 2002 that hosted my audio CD, Conversations Wit De Churen, which evolved into a video series. She is also the host of my radio show The Kalup Linzy Variety Show on Art International Radio. Her latest endeavour includes rapping and making guest appearances on my music recordings that primarily feature Taiwan, another fictitious character.

MB: How many fictitious characters are there in the Kalup Linzy pantheon? Who are they? 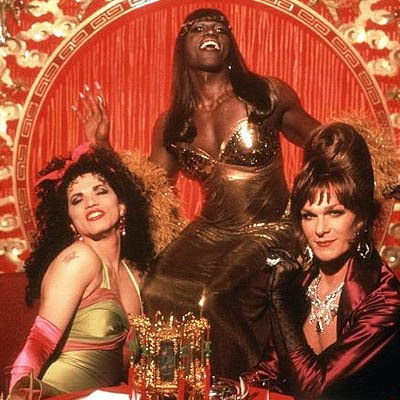 MB: You often perform on video alongside other actors playing your characters. How do you decide when to take on the role of a character, instead of casting an actor?

KL: It depends. I mostly like the lead, although a few pieces have been ensembles where my role was equal to everyone else's role, like in the video, Keys To Our Heart (2008). I often like to cast the actors in roles that are opposite of what people are used to seeing them in. As for some of the artists: roles that are opposite of their personality.

MB: How many of the 53 aforementioned characters will be in your upcoming feature film? How many will you play? Will there be new characters? 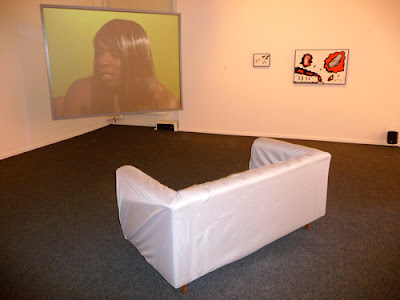 KL: I will portray Katessa and her mother, Odessa - both new characters. Melody Set Me Free, the series - which features me portraying Patience O'Brien and KK Queen, and providing 16 other voices - will be intercut throughout. Melody Set Me Free is Katessa's favorite web soap.

MB: Mine, too! Do you have a title for the feature film? Is it already in production?

KL: The film is called Ova Katessa and we are hoping to start filming this summer.
Posted by Michael Bilsborough, AMC's head blogger, IE artist and all around cultural pundit. at 4:44 PM