Watching the videos on the AIDS-3D website, I reminisced about Tron, which might be an ancestor of the phosphorescent nodes and animated, glowing bodies of an AIDS-3D event. Of course, neither Nik Kosmas nor Daniel Keller were even alive when that movie premiered. They were born in 1986, the same year as the first PC virus, the Challenger explosion, and DC Comics' Watchmen series. Aids-3D were among the youngest participants in Younger Than Jesus, the "generational" survey at the New Museum. 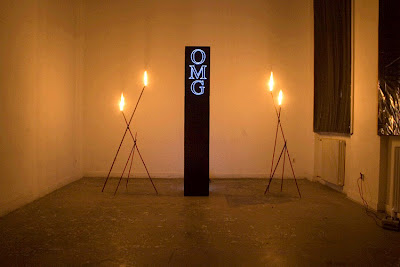 "The first time we looked at their website, it was like, "Wow, we feel old, say curator team, the Bengala. "We were lost for an hour. Then we downloaded all the MP3s and listened to them while running or riding our bikes. It sounded like someone dosed you with Robitussin DM and shoved you in the worst Euro rave ever. But we were still listening..."

Currently working (and freezing) in Berlin, Daniel Keller brought me up to date.

"We've been interested in 'singularity' ideas for a while now: that [humans] are on the verge of creating a greater-than-human artificial intelligence, which will lead to a paradigm shift, and eventually the colonization of the entire universe with life.  In an attempt to understand some of the concepts better, we've been reading a few books that use information theory to attempt to explain this 'cosmic evolution'." 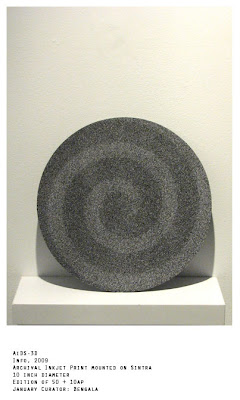 Singularity describes the outcome of technological advancements, the markers of which seem to be occuring at exponentially greater frequency each year. The acceleration of technology finally culminates at an upright pinnacle of infinity. For some Singularity theorists, the last human invention will be a superintelligent computer that exceeds its human creators, ushering us into a new era no longer governed by humans. It probably won't happen for another 30 years or so, but the paradigm shift could take just a few hours.

Some of the videos on the AIDS-3D website document performances that often depict nude or partially nude young people dancing with or among luminescent cables, flames, and quasi-mystical symbols. A viewer might think about ancient religious or primitive rituals. Or maybe Mark Leckey's Fiorucci Made Me Hardcore (1999), minus all the subcultural anthropology. The events, scored with thumping dance music, are dazzling and entertaining, but anticlimactic. There's a sense of building excitement, but the results withhold any revelation or change, much like New Year's Eve 1999: computers didn't crash, nothing exploded, and nobody could find a cab to get home, just like any other New Year's Eve, so they just kept drinking. 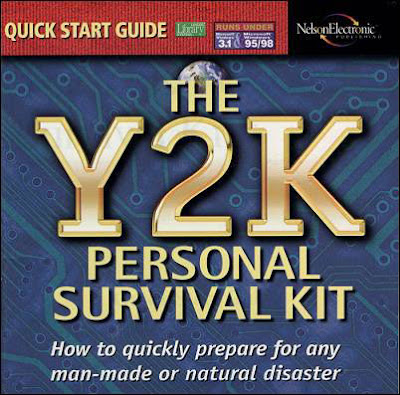 The sparse spaces and forms that AIDS-3D use are coldly austere, often dark, and subliminally post-apocalyptic. Yet, the performers seem to be working with the electronics and media surrounding them, and not in competition. They explore and play with these buzzing toys, or employ them to examine means of communication. That itself seems contrary to many of the more ardent (or paranoid) Singularitarians, who foresee nemesis in our technological advancement - namely, the potential enslavement or destruction of mankind at the hands of our computers. The awkward, but reverent cooperation demonstrated by AIDS-3D says "User Friendly" and may be the way the artists demonstrate an optimistic view of the future.

"We've been fascinated with the idea of Emergence: that complex systems seemingly and miraculously form out of simpler components. This is linked symbolically with Logos, an underlying positive force that allows for isolated pockets of increasing order and complexity despite the rise of entropy in the greater environment or universe."

And how does that relate to your print for AMC?

"We took a super universal, bold (50/50 black and white) symbol of order and change, the spiral, and reduced it with a noise filter until it was far less discernible. We wanted to communicate a feeling of hope and faith in some sort of unifying cosmic order, beneath the seeming chaos - that it's just a matter of perspective..."

It's called "Info" because there is a message being transmitted through the entropic noise.

Do you believe that order actually permeates the universe?  Or do you think order is just a function of perception?  Is it really there, or do we just think it's there?  Sometimes, I wonder if my senses impose the illusion of order. 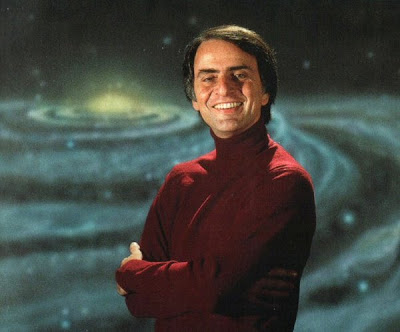 "I think the universe is basically a giant quantum computer which is computing its progression through time and that all interactions can be boiled down to informational exchanges between matter. I think that there is definitely a trend towards increasing complexity and that this seems like some sort of underlying law of computation, that allows for complex systems to form." 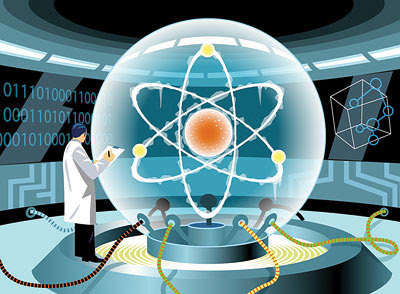 "But I think the whole issue with observation influencing outcome is very interesting. Either way, I do believe that order is real, and that although it doesnt neccesarily permeate the universe, there are little pockets of extreme order that arise at the expense of greater entropy in the universe at large."

The name "AIDS-3D" was computed through a database, right?  That result seems like an interesting negotiation between order and chaos. 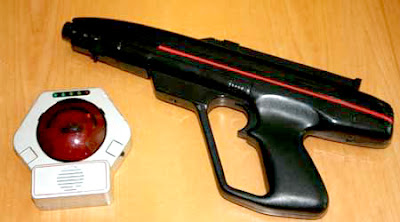 "Yes, it was generated with a sort of rudimentary keyword-based system. It wasn't random, though; it was pretty calculated and it wasn't the first name the database generated - but it seemed to work best, so we went with it." 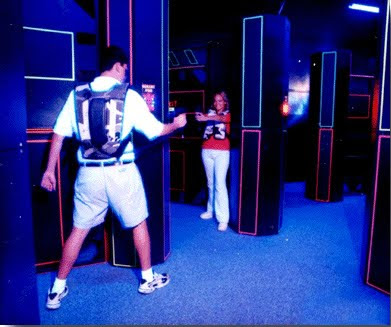 Posted by Michael Bilsborough, AMC's head blogger, IE artist and all around cultural pundit. at 10:01 AM